Why Diffusion is a Critical Component of the Innovation Value Chain

In the stages of the innovation value chain, from generating ideas to converting them into deliverable activities and finally diffusing them throughout the organisation (and beyond), it is often this last piece where companies fall down. What can we learn from others’ mistakes, to help drive adoption. While often considered taboo, acknowledging and understanding failure is essential if we are to learn from mistakes. To confront this taboo head-on, let’s examine three failures that illustrate fundamental failure modes for innovation:

1) In the early days of the internet, Netscape’s Navigator dominated the web browser market with approximately 90% of the share, propelling their market capitalisation to $3.6 billion just 20 months after the company was founded in 1994.  However, after Microsoft overtook its share of the browser market, Netscape could not generate any further creative product ideas, and the company ultimately disbanded in 2003.

2) Whilst at university in the late ’00s, my brother read online that popcorn had a higher profit margin than cocaine. Keen to get in on the action, he came up with the idea of selling flavoured popcorn, but being a student, he never followed through. A few years later, several brands emerged that had “copied his idea”. My brother’s failure to convert the concept into reality meant that his dreams of becoming the Pablo Escobar of popcorn had vanished. However, our mum was happy with his backup career as an engineer.

3) One of the most well-known examples of failed innovation comes from Kodak. The brand famously invented the first digital cameras but decided not to pursue it further due to fears of cannibalising their film sales. This failure to diffuse the innovation within their organisation or license it to others ultimately led to their dramatic decline.

The process of innovation involves three key stages: idea generation, conversion through to delivery, and diffusion throughout the organisation and its partners. While failing in any one of these value chain steps can be terminal for innovation, the one most commonly overlooked is the diffusion stage.

The innovation value chain posits that the process of innovation involves three key stages: idea generation, conversion through to delivery, and diffusion throughout the organisation and its partners. While failing in any one of these value chain steps can be terminal for innovation, the one most commonly overlooked is the diffusion stage. The tendency to neglect this stage is particularly tragic as it means a reduced reward for the hard work of delivering a creative idea.

Why is it so difficult to get people to adopt good ideas?

Even with evidence of an innovation’s value, people may resist introducing it in their organisation or department. Academic research proposes that three key categories influence the degree to which innovation will diffuse:

How influential are the individuals who are driving adoption? How much risk appetite does the organisation have?

These factors and their relative importance will vary depending on the exact situation. A fascinating case study with a complex environment is UK law enforcement. The body comprises 43 regional forces plus numerous other agencies, each with complex, inter-related governance including chief constables, police authorities, and the Home Office. My MBA research in this area used the above factors to show that:

Documentation can make the business case for adoption by others more straightforward. Collaboration can reduce the ‘distance’ between like-minded innovators, and thus help diffusion.

How can we help encourage people to take up valuable innovations?

There is no silver bullet to improve the likelihood of diffusion, but there are many interventions that can help. In the case of UK law enforcement, these could include:

Finding the right glue to stick it all together

The law enforcement case study illustrates the complexity of achieving effective innovation diffusion. But it also provides hope that the problem is not impossible to solve.

A story from 3M vividly illustrates the prize on offer from ensuring effective innovation diffusion. While researching new adhesives, a researcher discovered a new glue initially thought to be too weak to have any practical use. Recognising that this could be useful for others in the future, the discovery was documented and shared across the company. Years later, an employee came across this glue and incorporated it into their new product. That product is now known as the Post-It Note. By 2003, the average professional was receiving an estimated 11 messages on these Post-It Notes each day. A Practical Guide to Getting the Most From Intelligent Automation

Intelligent automation is a business imperative: not just making organisations more efficient but enriching customer and employee experience – not to mention helping to identify new business strategies. To successfully transform your organisational culture to one that embraces automation, there are five key steps (and a few basic tenets) to ensure you get the most from IA. Adaptive, Diverse and Cyber-Effective: The Elements of an Intelligent Organisation

We need to rethink the organisation. We must break from the traps of historic convention, stop managing the wrong things and embrace an adaptive synthesis of people, behaviours and processes enabled by effective information. In doing so, intelligent organisations will deliver greater value to all stakeholders. An Intelligent Organisation Starts and Ends With People

Nature shows the way: those who adapt, survive. This also applies to organisations, especially against the background of enormous challenges, such as accelerated technological evolution, pandemics and climate change. To achieve this, organisations must leave behind linear-hierarchical structures and move towards networked-intelligent ones. But how can this be achieved?

What safeguards do organisations have against the constant tide of disruption? Those that are smart are taking full advantage of technologies like cloud, AI and big data analytics – and doing so with one focus in mind: giving their people what they need to leverage the full power of their collective intelligence.

Business Re-Set: Why Organisational Fluidity is the Future of Your Enterprise

The traditional rigid business structure is no longer fit for purpose. As enterprises look towards a post-Covid future, adopting a more fluid approach to their structural architecture will enable them to become agile and flexible companies, fit to meet today's and tomorrow's challenges. Change Is Always An Opportunity

Change is the only constant, in life and in business. But change isn’t something to be overcome – instead, we should regard it as the catalyst for innovation, agility and organisational resilience. An agile change management approach is the springboard from which businesses can catapult towards optimised processes, better ways of working and a flexible, sustainable enterprise. Conscious Leadership: The Secret Ingredient of an Entrepreneurial Culture

A different time, context and challenge requires a different mindset. The trick is not to blindly discard what has brought about success today and simply recreate the latest tactics, but to challenge the assumptions that have underpinned past success, and stress-test the ways value is created. 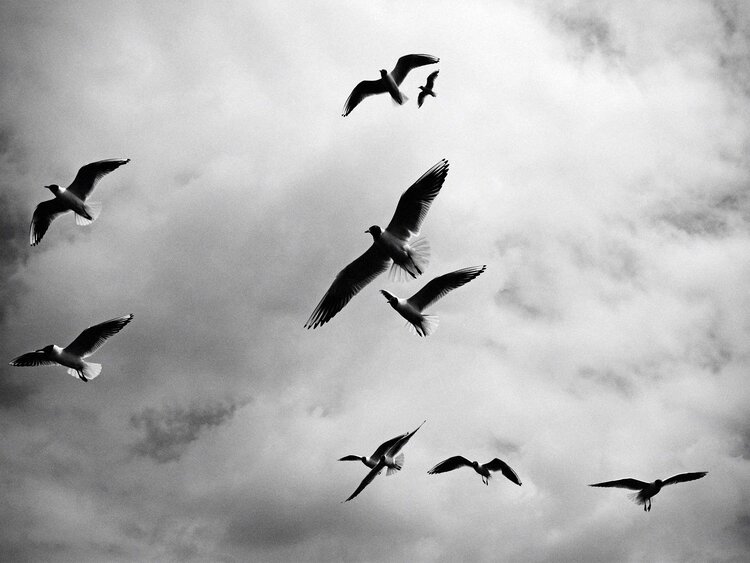 To go beyond the surface-level of this century’s buzziest word and design a truly agile organisation, enterprises need to understand the intricacies of agility. And beyond that, they need to examine whether an agile approach is likely to benefit their organisation at all.

In today’s fast-changing markets, where adaptability is key to success, traditional leadership thinking is too rigid to effectively respond to unexpected events. What’s needed instead at a senior level is a vibrant mix of thought and opinions that can deliver creative solutions to unexpected events. This means that organizations with greater gender balance at the highest level are much better equipped to remain competitive. When leaders are committed to innovation, the issues that undermine its efforts – lack of time, risk aversion and a certainty-driven culture – can be overcome. Covid-19 showed us that it’s time to get serious about innovation. Here’s how to get started. Organisations can be designed to behave intelligently and sensitively, and indeed they must if they are to master the complexity of our current environment. Drawing on Systems Theory and Cybernetics, we can understand the prerequisites of organisational intelligence, and create the conditions for our organisations to flourish.

Lessons from the Combat Zone

What lessons can leaders learn from the military that will aid them in making effective intelligence-led decisions under conditions of constant change and uncertainty? In a world irreversibly changed, by acting with foresight and insight, business leaders can thrive even amongst complexity. Reimagining Work – with Automation on Your Team

How can we design the right environment for businesses to get the most from automation, so that current and future employees can focus on the human aspects of value creation? Revolution: The Path to Intelligent Transformation

The revolution is here. Processes, systems and organisations are evolving, changing to meet the new shape of business. The Fourth Industrial Revolution weaves digital into the very fabric of the organisation, wielding automation and interconnection. Yet challenges remain. The Compassionate Corporation: A Pragmatic Approach to People-Centric Transformation

How can businesses change and grow in a way that’s both practical for the organisation and empathetic to the individuals that make it up? The first step is understanding that people are always the drivers, as well as the agents, of change. Leaders must now rethink their growth strategy and take a humanity-meets-pragmatism approach to driving their business forward. The CXO Podcast: How the Intelligent Organisation will win the Disrupted Future The CXO Podcast: The Challenge of Innovation The Intelligent Organisation: a film by NTT DATA The Secret of Enterprise Agility: Where Science Meets Organisational Change

Most mindsets or frameworks developed to support an environment where employees can confidently adapt to market opportunities, such as Agile, Lean, and Scrum are not enough. A new framework of reference is required, one that draws on neuroscience, organisational psychology and new types of leadership. The Third Way: A Paradigm Shift in the Organisational and Social Models of the Workplace

In Italy, an experiment is redefining everything we know about the modern workplace. A ‘zero kilometre’ office, designed to promote relationships that transcend generational and sectoral boundaries - and overcome the conundrum of working safely and effectively in the post-Covid world. We all need better ways to deal with change. In times of disruption, organisations should focus on creating a culture where change equals opportunity. Operating metaphors, inverted organisation charts and weekly experiments could be the key to creating this culture. One of the biggest challenges faced by leaders is connecting the diverse perspectives and skills inside, and outside, the organisation in order to focus innovation efforts. Peter Fisk, takes us through what we can learn from Microsoft’s renaissance under Satya Nadella.